Happy Monday Tribe!
I hope you all got the chance to read last week’s blog on how exercise impacts your memory!

This week we will be diving into a super important topic, as you know being a healthcare disruptor it is always my duty to reveal the corruption and truth.
WE live in TECH world.  It’s inescapable (unless your a mountainman).  Technology is a wonderful thing and also harmful if used incorrectly.  It brings us closer together, allows for innovation, and makes our lives easier.  But the health implications are ever growing and NOT being told to the public.

I watched a seminar series this weekend about 5G, and an amazing scientist started spurting out research about the harms of EMF (electro magnetic frequencies).  We know that EMF’s which are emitted from cell phones, computers, WIFI, smart meters, bluetooth, airport scanners, microwaves, electrical wiring, dimming switches,  ect. are harmful to us.

Children in particular are at THE MOST risk for damage.  That is why pregnant women, babies and children should never be around cell phones, i pads, ect.  Always on airplane mode.  These frequencies actually damage DNA and for children this is detrimental to their growth and development. According to research, children under 16 should NOT be allowed to use cell phones. However, the billions of users today are young and small and have NO idea how to protect themselves from microwave radiation.

How do we know that wireless radiation is unsafe?
We have studies in humans and animals.  Unfortunately with this technology, we’ve introduced the technology, and THEN after asked the question is it safe.  NO testing was done prior.

Old tests were done on the “thermal” (heat) effects of radiation. Which was based on super old science, using a 6 foot tall something male and over 220 pounds at 20 cm away.  They still go by this, although EMF’s have been linked to biological harm through peer review studies. The array of phenomena seems to be only limited to whether or not we’ve studied it.  Every time they’ve look for an effect, it’s been there.  Bees, trees, flowers.

The problem is:
It’s not the power of the radiation, but the pulse.  A cell phone signal is complex, it has a frequency and power.  Even though it can been weak in power, abnormal pulse radiation over thousands a minutes has an effect.
NOTE****Lebron James had a salivary gland tumor on the side where he used his phone all the time.  He got a big sponsorship deal with samsung, and he hasn’t admitted any problem with EMF radiation.  I don’t think that he’s aware of the connection.
——————————————————————-

-Neurological, autoimmune, autism are all increasing at a huge rate.  What does science tell us that wireless plays in this?

Chronic illness has multiple causes, nutrition ect.  Our life is increasingly electrified.  The role of EMF’s for autism, autoimmune, thyroid or chronic pain cannot be fully evaluated because nobody is asking the question. If you get rid of toxins, you give children a chance to grow and develop. EMF’s are included as a toxin.  But often at risk kids are given devices to help “calm” them down, when in reality it’s harming their future.

Overview of studies of 5G:

1. Standford- 5g consists of a combination of 3g and 4g in order for it to work.  So you have to have a series of antennae within a few yards apart.  The modulation of the signal is what we are most worried about .  It’s moving extremely fast, and alters the function of our nerves and cells. It interferes with the way calcium moves in and out of the cell wall.
The mm waves are absorbed in the skin, but it turns out the sweat ducts are located there, and they can work as an antennae, and can transmit exposure from the skin internally!  It can accelerate the growth of bacteria by suppressing good things to thrive, because the cells don’t communicate as well with one another.

2.  People who live within 30 mm of a 3g antenna, in the blood of those closest showed elevated evidence of damage in DNA in the micronucleus.  Precursor to cancer!

3. More than a thousand different insects are also compromised.  5g wave interferes with cryptochrome in insects (inborn GPS).  Allows them to navigate.  Low intensity mm waves can cause the cryptochrome to create free radicals.

4. Another study showing what happens to microbes in soil in india.  Microbes in soil are critical to agriculture.  They showed that the microbes with the towers around were damaged as well.  Also people living closer to antenna have biochemical measures in their blood which predict more likely to get cancer (evidence of damage), than in others that live further way.

These mm waves weakens membranes.  And this means any toxic exposure can be more deeply taken into the body as a results of the EMF.

What are we doing to our children with this exposure?
We know that insects show changes in their behavior over time with exposure, so it makes sense the effect of us.

Singapore is NOT introducing it at all.  In order to work well, they need several dozen antennas on the phone. You don’t need 5G for voice calls, its so that the refrigerator can talk to your phone ( or things of this matter).  Recognize what we have is that we think that since technology can do something we want to try it.  Although there’s things we SHOULD not do.

Many other countries KNOW the harms and won’t allow this.  Chinese cities are the most dense in the world.  How do they get their signals?  They are WIRED!  The priority for those countries is for military and medical research purposes for technology.

In the 1950s and 1960s the tobacco industry had to see so many people die and have harmful effects in order to prove its harm.  Do we need to show now that children who use devices have more harmful effects to get the public to wake up?!  It seems as if it’s going that way.
It’s not that technology is evil.  We need to teach them about wired connections.
Wired is actually faster, and MORE secure.

At schools, children do not LEARN well if they are on a computer all day long.  More and more silicon valley people are sending their children to schools without computers, because they know this.  More and more parents are understanding to limit their use.
Don’t feel guilty!  We just want safer usage, and education about what technology can do and what it’s not allowed to use.

Let me state this :
WE ARE ELECTRICAL BEING!  Our heart beating, nervous system firing.  We have an internal electrical system.  The fact of saying that outside electrical impulses would have ZERO affect on how we function, makes ZERO sense.  It’s true for plants, birds.  And US!  The potential for harm is quite great.

TIPS:
-get rid of wireless keyboards, mice, earphones
-smart meters removed
– get a wired landline for your phone
-turn wifi off
-turn phone off or on airplane mode when not using it
-never keep in on the body
-don’t even give a phone to a child unless on airplane move
-get EMF protectors (i like aulterra or hedrom)
-ipads belong on tables (tablets) – they are testing 20 cm away form a adult male body of 220lb guy, NEVER ON THE BODIES OF YOUNG CHILDREN!
-if the signal is weak, radiation is higher. radiation goes onto you when its on your body.

Be EDUCATED crew.  I’ve been testing EMFs with my genetic profiles now to help the body be more enhances nutritionally, as it damages our cell walls.  The fact of the matter is, less is more. Protect your families and yourself. 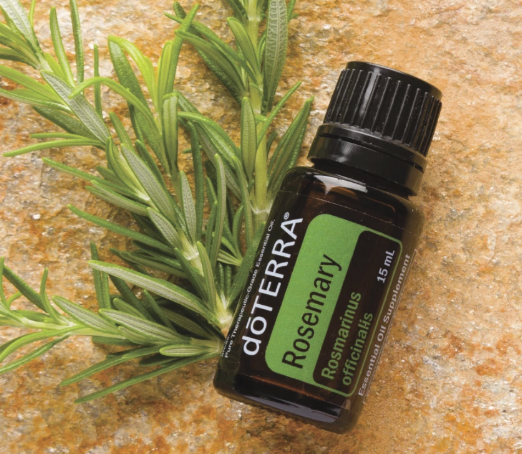 ON the spotlight this week is Do Terra Rosemary.  A favorite of mine to use to help protect against EMFs

Though it is famous for its applications in the culinary world, rosemary has uses that reach far beyond cook books or holiday meals. Rosemary oil is a versatile essential oil that proves useful in everyday life for things like promoting healthy-looking hair, creating a relaxing massage, cooking healthy meals, and more. It even supports healthy digestion.* Learn more about Rosemary oil and discover the diverse uses for this herbaceous, energizing doTERRA product.

have a happy and healthy week. 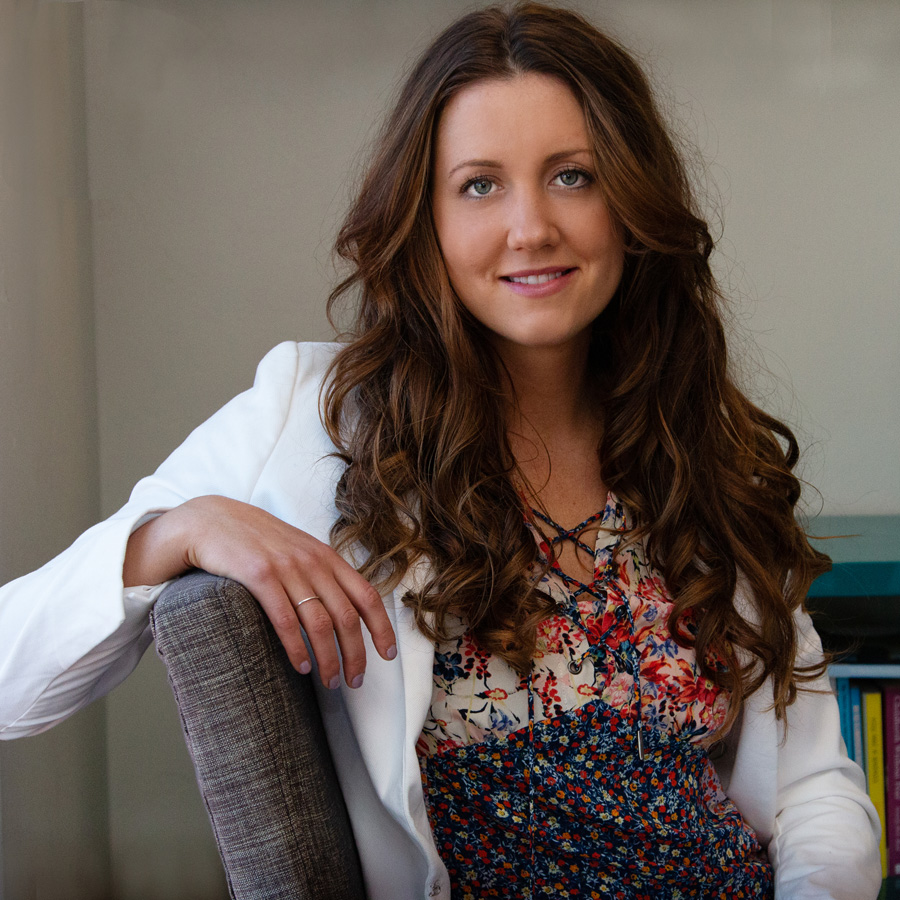