Hey Warriors.
Happy Monday!This week we are shifting gears. The month of May is an exciting month, summer is almost here, flowers are blooming the beaches are open finally! Everyone is just generally more outside wherever you are. It is because of this every single year during the month of May that I write about a topic that is near and dear to my heart. A topic that started me on this health journey. That is, my battle and journey with Lyme disease.I know that some hiking trails aren’t open yet but as other areas in other states are opening up in general there’s going to be more hiking more outdoors time and more camping. May is the month of Lyme disease awareness. And I can tell you 11 years ago I would have been so appreciative of having this information that I’m going to share with you today.

So many think and believe that Lyme disease is still just prevalent on the East Coast. Even many medical doctors in California still say that this is not prevalent in this side of the United States. However we have known and continue to know that this infection is worldwide. It is not exclusive to just the East Coast, although that’s where it originated, in Lyme Connecticut. I hope to help shed some light on this terrible disease, that plagues more and more and more people and children every single day.

Lyme disease is one of the fastest growing infectious diseases in the US and Western Europe with more than 400,000 new cases contracted each year in the US—an increase of more than 10 times what was previously believed.It receives less than 2% of public funding for West Nile and 0.2% of funding for HIV/AIDS, despite the fact that the annual case count for Lyme dwarfs either disease. There are now over 400,000 new cases of Lyme disease annually in the US—this is more than HIV/Aids, West Nile virus and Malaria combined.

In Connecticut, Lyme disease which originated from a specific type of bacteria called borrelia Burgdorferi was first found in a species of deer ticks. Since then however, infected insects have been found all over the place. California in particular, the primary carrier is the Western blacklegged tick, or Ixodes pacificus, and its principal host the grey squirrel. (This differs from the East Coast where the Eastern Blacklegged tick, Ixodes scapularis, is the principal carrier and the white-footed mouse its primary host.). The Western blacklegged tick has been found in all but two California counties (56 in total) and infected ticks have been discovered in 42 counties.  Not only ticks, but mosquitoes biting flies, spiders and other insects have been shown to be infected with this bacteria and many other types of infections. The insect is really just the host of many infections. But we do know primarily ticks have a higher number of cases. to be infected with this bacteria and many other types of infections.  Additionally, the bacteria has also been shown to transmit through sexual intercourse and through the womb.

The difficult part about this infection, is that once bitten by an insect very rarely is there a classic rash which you will see when you look up Lyme disease. This rash is called a bull’s-eye rash, but very few (less than 20%) actually get this rash when bitten, and some of the ticks and insects are so small they can often never be found, you never having known you were bitten.
If you do get a rash, you consider yourself lucky, because you have a clear sign of infection. Unfortunately, the story for most like myself was no sign of rash or knowing when or how long I had the infection.

This infection usually carries on a host of what are called “co-infections”,  Infections like mycoplasma, babesia, bartonella, toxoplasmosis, protomyxoa, protozoas and many more.  This often makes it harder to diagnosis and a long road of healing.  Additionally, depending on the individual, many it can lie dormant for extended periods of time while the nervous system and immune system are strong. However, when there is a compromise like a stressful situation, a divorce, going to school, car accidents or something to that nature, the immune system and the nervous system get unregulated. This can cause the infection to come out of dormancy and really rear its head, as the body cannot keep it at bay any longer. This then REALLY makes it difficult to get a good answer of what is happening.

I will be honest, many doctors have ZERO clue how to properly diagnose or treat these infections.  For instance, the lab testing is completely inaccurate.  Unless you get the testing very soon after being infected they typically will show a negative.  There is a better lab called Igenix that runs more antibodies, but even this is not perfect and misses some.  This test is also not covered by insurance, and many Lyme Disease treatments are NEVER covered, leaving it to be called the rich man’s disease.

Many think and believe this infection like many things was made or exacerbated by the corruptness of the CDC.  Although we can’t definitively know, I wouldn’t put it past them.

“The mainstream handling of chronic lyme disease will be viewed as some of the most shameful episodes in the history of medicine because elements of academic Medicine, elements of government and virtually the entire insurance industry have colluded to deny a disease.

This has resulted in needless suffering of many individuals who deteriorate and sometimes die for lack of timely application of treatment or denial of treatment beyond some arbitrary duration.”

With proper testing, and a definitive answer of having the infections, that unfortunately is just the beginning.  Many turn to rounds and rounds of antibiotics, which don’t work long term and end up leaving patient’s more compromised ruining their intestines and further depleting their immune systems.

The list for alternative medicine techniques to help with Lyme Disease are numerous and again expensive:
Rife machines, herbal remedies, detox foot bath, infrared saunas, hyperbaric oxygen treatments, and many more. And yet still, many have issues genetically where they don’t detoxify properly, always leaving them feeling terrible and never fully recovering.

And, don’t forget about the emotional PTSD, of completely losing your life, job, friends and goals.

It’s complex to say the least.

Symptoms are different for each person depending on their immune system and how their body was before they got infected.

Some of these symptoms include:
Fatigue
Muscle aches
Heart conditions
Heart murmurs
Joint pain
Brain fog
Migraines
Skin rashes
Neurologic dysfunction
Seizures
Vision Disturbances
Recurrent Ear infections
Anxiety/Depression
Weakness
Digestion Dysfunction
Fever
Arthritis
Bells Palsy
Multiple Sclerosis
To name a few…….I have helped many with Lyme Disease and many other infections recover completely.  But it’s a long journey.  Most need to rebuild their body first, and mostly all my chronic Lyme Disease Cases are airway cases.  It’s a slow boat with these patient’s, as killing the infections causes other issues that they leave behind.  So you have to be patient and you have to be forgiving of your body in the process.Most I’ve seen are hardly ever caught right after being bit.  Most are chronic Lyme Cases, with multiple years of infection load, and a laundry list of symptoms.

Although knowing what I know now, I could have recovered in 1/4 of the time that it took me to then, the best treatment is PREVENTION. Especially, in high bug seasons like it is currently.
Even being in San Diego, there are still TONS of cases.

HERE ARE MY TIPS TO HELP PREVENT THE SPREAD:

The MOST common way I see infection spread is through animals.  Animals carry a host of infections, but ticks and other insects love to take a ride on these hosts and carry them into your home where they are impossible to find.

My first tip is to always make sure you check your pets after going for hikes or walks through tall grass areas, near logs and leaves.  I typically used essential oils every day when I had my dog to help decrease his exposure when outside.  And would always check and give a thorough bath after hikes.  Many ticks are impossible to see with the human eye.

High-risk activities include playing in leaves, gathering firewood and leaning against a tree trunks. What you do hike, stay on clear trails instead of walking across grassy fields. Also, important to keep your grass cut: long grass harbors ticks!
Cover-up. Wear shoes, socks, long pants and long sleeves. Tie back long hair and wear a hat. Light color clothing helps your spot ticks before they cause trouble.
Prevention. Essential oils can and should be used for prevention. They are highly effective, and way less toxic than DEET. It’s important to use on your animals as well.

Check for ticks. When outdoors, periodically inspect your clothing and skin for ticks. Brush out those that are not attached and remove any that are.

Shower. Once home, take a shower right away. This will wash away unattached ticks and offer a good chance to thoroughly inspect yourself. Feel for bumps that might be embedded under skin. Pay careful attention to hidden places including groin, armpits, back of knees, belly button and scalp. Parents should check their children and check your animals

Hot dryer. Running your clothes in a hot dryer for 10 minutes before you wash them will kill any ticks that may be there.

Removal. If a tick is found, it is important to use a tick removal device that gently removes the tick without dislodging its head, or causing regurgitation. Do not burn off or use any other method, that will increase your chances of getting infected.

Aftercare. Once the tick is safely removed it is important to use essential oils to effectively clean disinfect and draw any toxic substance left behind by the tick. They should be repeated as you would an open wounds for several days/weeks. I also typically use a high-grade echinacea for a few weeks on the site and internally to help decrease chances of contracting LYME. 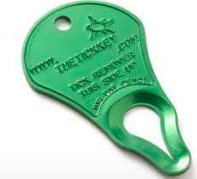 Well there you have it.
These are my tips to keep safe.
I used to not even be able to go for walks out of fear, so I have some a LONG way, but I will say even going on hikes now, I never go beyond the path, it’s just not worth the risk for me!

There are many options for treating Lyme is you do have it or know someone that does.  Proper detoxification pathways, airway help and typically a protocol called Lyme Stop have worked the best for my patients and myself.

That is all for now.

Wishing you a happy and healthy week.
Dr. Hamel 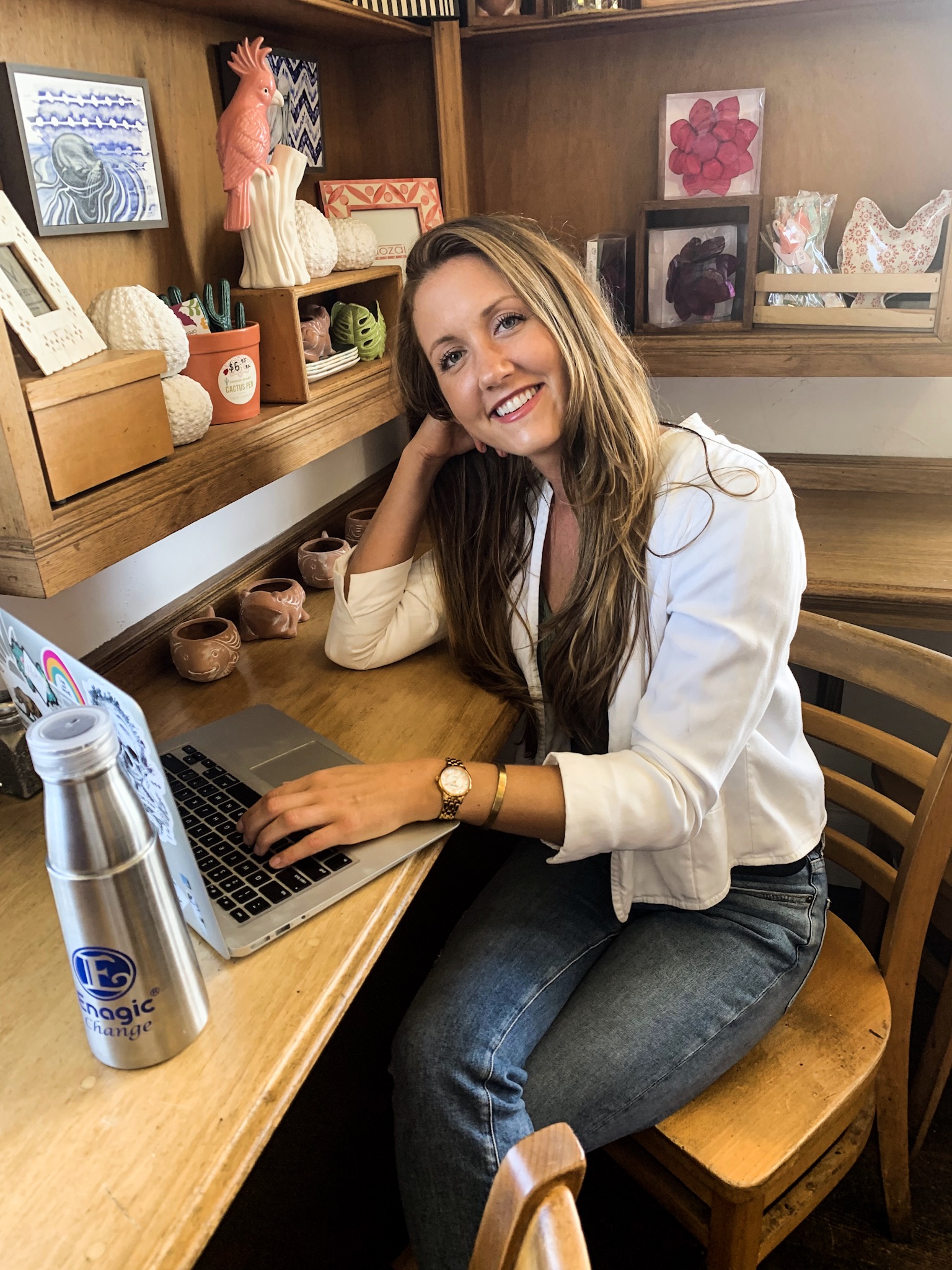 This week I thought I’d share some of my favorite oils to help keep bugs away. There Are several different oils that doTERRA has that help protect against bugs. One called terrashield is called the out door blend. This one is great as a spray or just an oil to help protect against Ticks fleas and mosquitoes. Citronella and lemon eucalyptus oil are also two wonderful bug repellent’s. We often think of citronella candles, and these two oils smell very similar, but lemon eucalyptus has been shown to strongly repel mosquitoes. Remember all types of bugs carry Lyme disease infections not just ticks. I also recommend using these on your animals when they’re outside or going for walks. 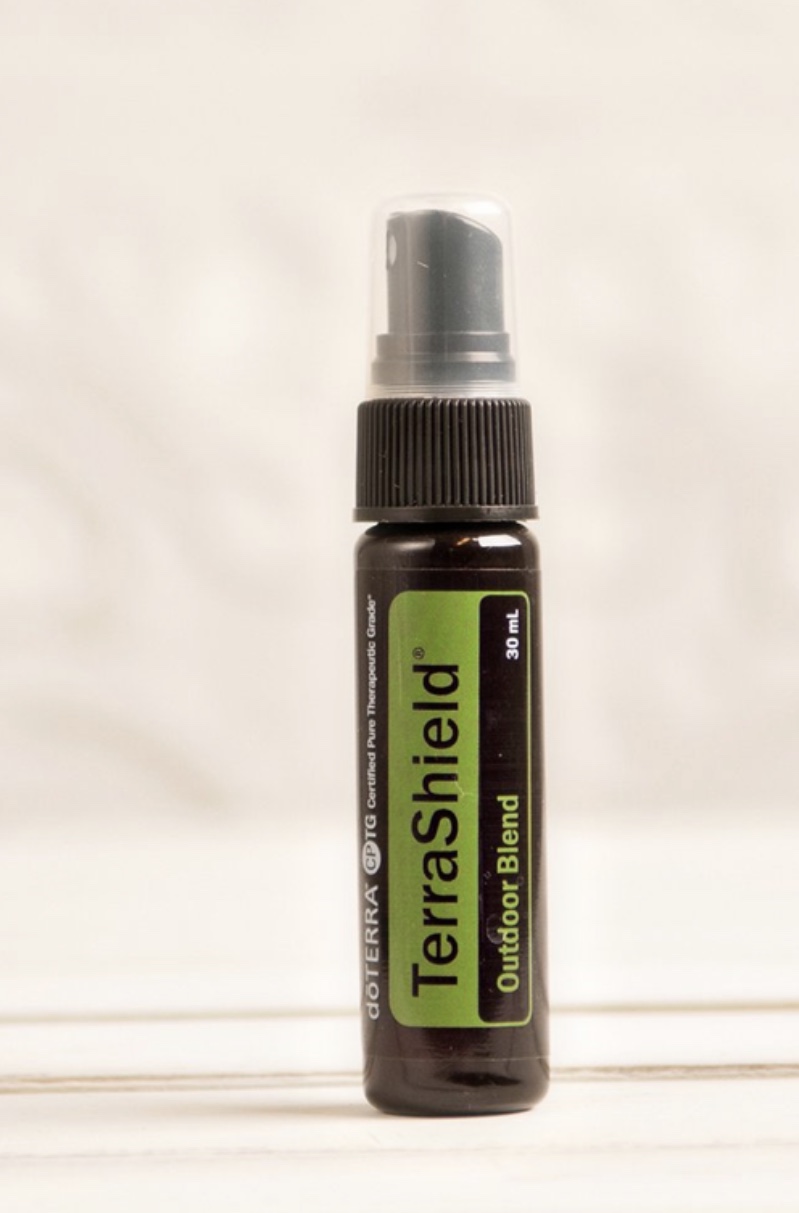 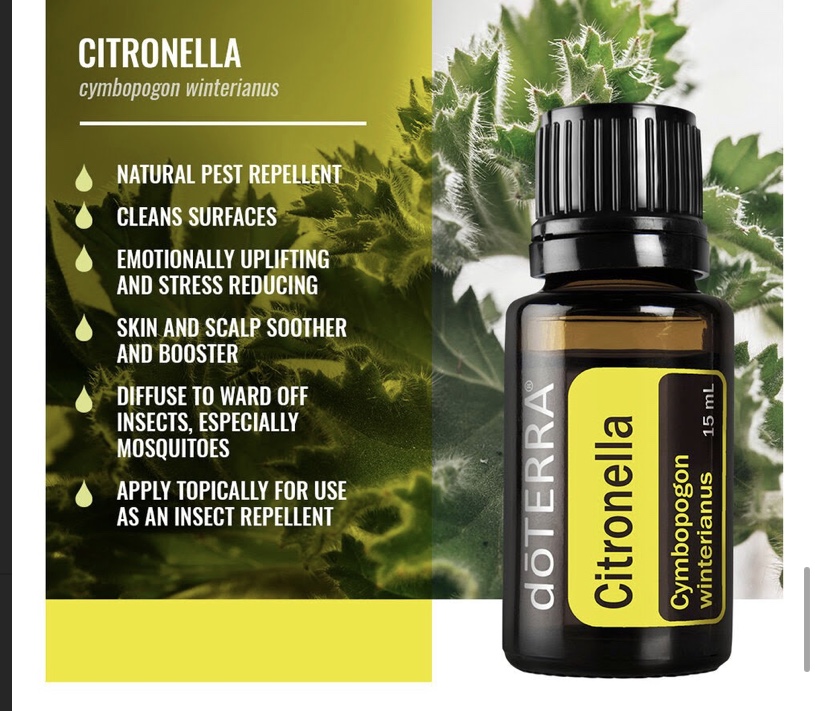 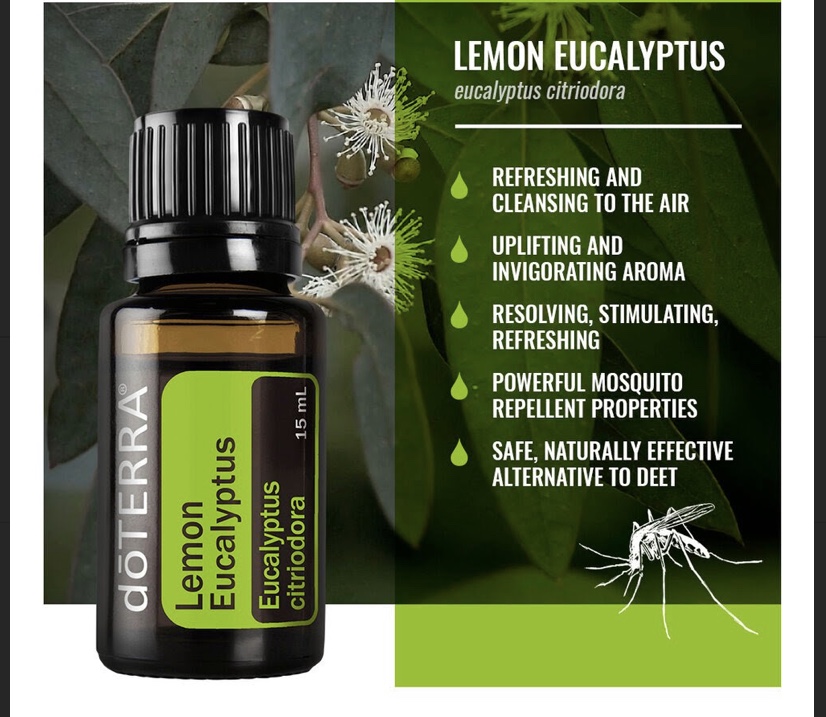