Happy Monday everyone!  And happy new year!  We chatted last week about the 4 detox pathways!  This week we continue onward talking about specific areas that are important to detox such as the brain!

We talked last week about the lymphatic system and it’s importance in keeping it flowing.  We have a similar system in our brain it’s called the glymphatic system, or the “brain drain”.

This system was only recently discovered in 2012. It’s uses the cell’s mitochondria (energy system) to remove cellular waste from the brain.  The cerebral spinal fluid (CSF) in the brain is what is responsible for draining toxins from brain.  The brain has no lymphatic system, just the CSF fluid.

The kicker here, is this system is especially active during sleep!  That being said if you enhance the mitochondria’s ability during sleep, you will turbocharge this maintenance system and get more cleanup in less time.

In 2013 as well, researchers found that something called “autophagy” is required for healthy brain cell mitochondria.  This is a natural process called autophagy (literally “self-eating”), and it’s the bodies system of cleaning house: Your cells create membranes that hunt out scraps of dead, diseased, or worn-out cells; gobble them up; strip ’em for parts; and use the resulting molecules for energy or to make new cell parts.

It’s like an internal recycling program.  We get rid of faulty parts, stop growths, ect.  When the scientists monitored rat specimens who had difficulty with autophagy, they were fatter, sleepier, had higher cholesterol and impaired brains.

When the brain isn’t detoxing properly as well, it can literally make you feel “insane”, or not really yourself.  Toxins can easy get into the blood brain barrier through many means such as EMF’s, vaccines, and other medications.  But, a clogged lymphatic system in the brain, can just build up and create improper function for the brain, so it’s important to keep the FLOW!

How to increase autophagy to boost the cell’s mitochondrial function:

1. Exercise.  “Regular exercise is the most popular way that people unintentionally help their body to cleanse.”

2. Fasting.  Although I don’t usually recommend skipping meals, occasional fasting is actually beneficial. Practitioners usually forgo food for anywhere from 12 to 36 hours at a time, making sure to drink plenty of water. (You might also want to limit activity to gentle yoga or stretching.)

3. Lower your carb intake. Ketosis, is an increasingly popular diet among bodybuilders and anyone seeking a longer lifespan. The idea is to reduce carbohydrates to such low levels that the body has no choice but to use fat as a fuel source instead.

Ketosis is like an autophagy hack. You get a lot of the same metabolic changes and benefits of fasting without actually fasting.
Keto diets are super high fat (good fats): Between 60 and 70 percent of one’s overall calories should come from fat.  Protein makes up 20 to 30 percent of calories, while carbs are kept below 50 grams per day.

So, increasing good fats, moving and intermittent fasting improve this system.  But what about getting it flowing directly at its source?  What about actually changing it in the brain where it flows in and out of?

Craniopathy care has been proven to increase the CSF flow in the brain and in the entire system.  When there is pressure on the brain from tension, this fluid cannot maintain its flow.

Additionally, as I mentioned previously, this system is active entirely during your sleep.  So if your sleep is hindered, or you aren’t getting adequate deep sleep you won’t be detoxing your noggin and body very well.

Sleep can be helped in many ways.

1.  Getting cranial care!!
2.  Supplementation, including minerals and herbs
3. Exercise
4.  Reducing EMF exposure.  No tv or cell phones in the bed room.  Turn off your wifi in your home every night, and make sure there’s no light in your room.  Completely dark room allows your brain to produce melatonin.  EMF exposure actually calcifies the pituitary which releases melatonin.
5.  Essential Oils and CBD. Certain oils can be really helpful for creating calmness and allowing sleep to happen.
6. Micro Current Neurofeedback.  This helps calm the brain and can help tremendously with sleep and energy!

I also love getting lymphatic drainage massage in combination with my cranial care.  It works really well for detoxification in the head.  I love using electro lymphatic therapy, it’s the most effective I’ve found.  Another great detox is PEMF therapy!  Check it out for providers who carry them!

Sometimes symptoms such as sinus problems, headaches, fatigue, and other’s are just do to improper detoxing of the brain.

Oil of the WEEK. 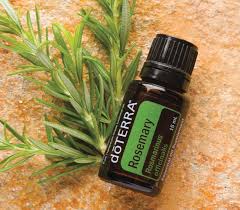 On the spotlight this week is DoTerra’s Rosemary.

Rosemary is a great essential oil for detoxing!  It also helps reduce radiation from EMF’s which is protection and great for brain health!Rosemary Oil Product Description
Though it is famous for its applications in the culinary world, rosemary has uses that reach far beyond cook books or holiday meals. Rosemary oil is a versatile essential oil that proves useful in everyday life for things like promoting healthy-looking hair, creating a relaxing massage, cooking healthy meals, and more. It even supports healthy digestion.* Learn more about Rosemary essential oil and discover the diverse uses for this herbaceous, energizing doTERRA product. 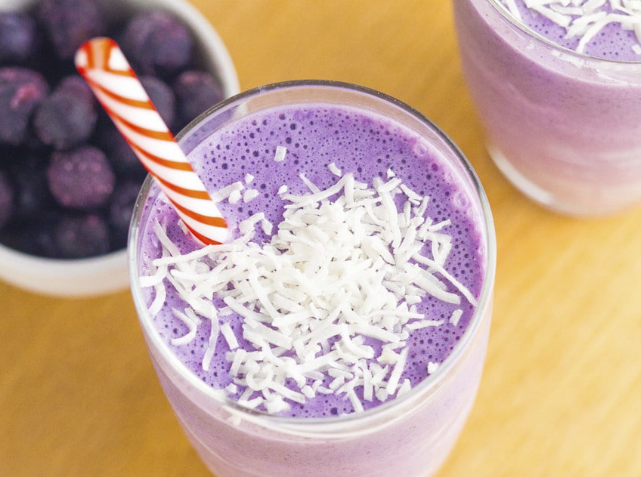 Not only are blueberries yummy healthy snacks and very delicious in fruit salads, they are rich in antioxidants, which makes them the number one fruit to include in your diet if you want to boost memory and brain health. Blueberries are high in fiber and low in sugar, which means they are safe for diabetics. Scientists also believe that blueberries are able to help with restoring lost motor and cognitive functions. Wild blueberries are the HIGHEST in antioxidants.

A report that was published in the Journal of Agricultural and Food Chemistry reported that those who drank blueberry juice every day for two months improved their memory significantly.

A study, which was presented at the meeting of the American Chemical Society, reported that berries might help prevent memory loss and mental decline by removing toxic proteins that damage nerves in the brain.

One study presented at the British Science Festival found that just one 200 grams blueberry smoothie increase the power of concentration as much as 20 percent during the day.

Wishing you a happy and healthy week