Happy Monday Everyone!  I hope you’ve enjoyed this month’s topics around adrenal gland health!
This week we will be continuing on with the topic of some other “hidden” adrenal suckers, and tips on healthy exercise as to not deplete your adrenals.

Every year there are more cell phone towers, Wi-Fi networks, “Smart” meters, and solar panel inverters. Soon California will mandate all new homes must have solar power, which means more EMF. Beyond this, there are millions of 5G antennas coming to your region, as part of the most powerful wireless network ever built.”

Cell Phones May Cause Hearing Loss

Study by UCLA AND DANISH researchers

Other studies revealing the risks of mobile phone radiation

Evidence shows that regular use of cell phones begins to heat brain tissue and affect the cells.

“Dr.David Carpenter, Dean at the School of Public Health State University of New York says 30% of all childhood cancers are associated with EMF exposure. Doctors from the United Kingdom have issued warnings urging children under 16 not to use cell phones. High frequency EMF waves lead to significant increase in blood pressure. Even though it is universally accepted that electro magnetic radiations emitted from mobile phones is bound to affect the health and well being, they tend to ignore as people have become totally dependent on mobile phones and life today will come to a standstill without it. We are subjecting ourselves and our loved ones to this external stressor day in and day out.”

Remember the adrenal glands are very sensitive to any changes in the body.  So any additional “stressors” put a chronic stress on these glands. And EMF’s in themselves can cause fatigue.

EMF’s also have some other scary properties.

1.  They open the blood brain barrier. This makes a straight passageway for pathogens and chemicals to enter.  Kids and pregnant women should as little as possible have cell phones and electronics on them.  And Pregnant women!! Never never put your phone on your belly or skin with a growing fetus.

“Three recent studies link prenatal EMF radiation exposure to a number of health issues including; decrease in births, accelerated sexual maturity (sperm and eggs maturing faster but at lower quality), and female eggs of offspring showing premenopausal similarities upon entering puberty. EMF exposure in the womb has also been shown to affect the development of the cells and neurons in the cerebellum, which works to control motor skills.”

This also poses the problem with vaccines, as we know anything injected goes right into the tissues and passes our immune system barriers.  So these chemicals and infection can get straight into our brain tissue because EMF’s open the passageway.

2.  EMF’s deplete essential fatty acids in our body. Because EMF creates problems at the cellular level, it is even more vital to obtain essential fats to help cells function at their best.

This is why so many people are tending more toward the ketogenic and high fat diet as well.  When EMF exposure is high, free radical damage is high, so we crave and thrive off of more heathy fats to combat all the free radical stress.

Nutritionally, we should all be on some essential fatty acid supplementation, whether plant or fish to combat this. Also recommended are other antioxidants such as Vitamin C, E, green tea extract, lipoic acid, NAC, circumin, wild blueberries, Ginko, resveratrol, and others.
I love using herbs to help support the adrenals and replenish nutritional deficiencies.

5. Melatonin Hormone Reduction – EMF suppresses the production of melatonin, which is the antioxidant hormone responsible for repairing the body during sleep. When the body does not properly repair itself at night, problems can arise from immune-related conditions to premature aging.

Wearing protective EMF shields on your electronics ( Like Hedron Life Source I like) will help decrease your exposure, but really you need to follow these tips as best as possible.

You should also be protecting against Blue Light, which is a big adrenal gland depleter.
Blue light is part of the visible light spectrum. During the daytime, natural blue light from the sun helps keep you awake and regulates your circadian rhythm, or ‘body clock.’ Indoors, blue light is emitted from digital devices like computers or smartphone screens, as well as artificial light sources such as LED and fluorescent lights.

“The most common effects of too much blue light exposure are eye strain, blurred vision, and headaches. However, recent studies have focused on blue light’s negative impact on the circadian rhythm and found that watching TV or using a tablet before bedtime, for example, can result in restlessness and disrupted sleep cycles.  Children are the MOST vulnerable.”

Getting blue blocker glass to wear when you are around blue light is super important, and especially for not disrupting your sleep pattern at night.  So if you use electronic before bed (i don’t recommend), make sure you’ve got your glasses on!

Exercise is important for many vital health functions in our body.  However, for those with adrenal fatigue, exercise the wrong way can also be a source of stress.
Exercise increases many great things like endorphins, NRF2 in the brain which is a antioxidant cellular defense pathway.    It’s so important to have regular exercise into your daily routine every day, as we were made to move.

However, some individuals can go overboard with working out, as in working out too hard, too much, and through exercise that is not right for their body which causes metabolic stress.

For example, many women will actually stop menstruating with heavy exercise, which as we know is harmful.
But when your adrenals are already compromised, doing heavy excercise may actually harm rather than help you.

“Many evidence is showing that Exercise, especially high-intensity exercise, is stressful on the body and it causes your body to release cortisol. There’s the belief that cardio exercise, like running, is really adrenally taxing, but we’re now starting to see that even aggressive circuits can be adrenally taxing as we’ve seen with CrossFit athletes.A recent study looked at adrenal cortisol response of high-intensity, short-rest, resistance exercise in healthy men and women. The study found that short rest periods may not be good for those with adrenal fatigue, as they caused an increased adrenal response. It demonstrated that a CrossFit-type training session showed much higher levels of cortisol produced. If you’ve got cortisol issues to begin with of various forms, you probably cannot keep up with that output and keep your health at the same time.

In the world of functional medicine, we often advise against high-intensity cardio and actually recommend circuit training or resistance training for those with adrenal fatigue. While prolonged cardio exercise that lasts more than an hour is not ideal, we’re finding that intense circuit training with short rest periods may actually be worse. These types of workouts, such as CrossFit, actually cause the most adrenal stress.

You do want cortisol to be released during exercise. However, once you are done with that exercise, you want the cortisol response to actually go back down as fast as possible.

This doesn’t mean you shouldn’t exercise or you shouldn’t do resistance training. For those with adrenal issues, lower-level cardiovascular training is actually beneficial. ”

This means listening to your body.  Maybe starting at first with keeping working out under an hour, walking in nature, doing a yoga/pilates class, perform simple, low-intensity movements.

Workout out extremely hard every single day, can put a stress on your adrenal glands.  Exercise is vital and key, but too much of anything is not good.  Be mindful of your own body, as we are all different and have difference needs. 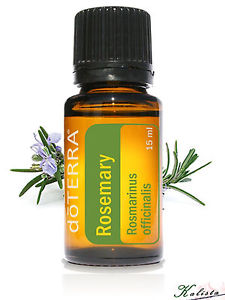 ON the spotlight this week is DoTerra’s  Rosemary.

In two separate studies, scientists in Spain found that nothing fights radiation damage to micronuclei like a simple garden herb known as rosemary. They noted that ionizing radiation causes the massive generation of free radicals that induce cellular DNA damage. They studied the protective effects of several compounds against gamma ray induced chromosomal damage in micronuclei testing by adding various compounds to human blood before and after irradiation. When the compounds were added after gamma-irradiation treatment, the protective effects relied not on scavenging ability, but on activity against free radicals already present in the cells, such as lipoperoxy radicals which are mainly responsible for continuous chromosomal oxidative damage.

The fact that carnosic acid and carnosol found in rosemary are fat soluble allows them to provide highly asignificant protective anti-mutagenic activity. Even the most powerful water-soluble antioxidants lack the capacity to protect against gamma ray induced damage. This study can be found in the British Journal of Radiology, February 2 edition.

In their second study, the generation of radiation induced cellular DNA damage to skin from free radicals was the focus. The researchers sought to demonstrate that rosmarinic acid from rosemary would act as a photo-protector both by acting as a scavenger of free radicals and as an inducer of the body’s own endogenous defense mechanisms by regulating tyrosinase activity and stimulating melanin production. They found that formulation of toxic malonyldialdehyde was delayed by the use of rosmarinic acid, and the protection factor was 3.34 times greater than for other compounds studied, as measured in micronucleus testing. In vivo testing showed the capacity of orally administered rosmarinic acid to inhibit skin alterations as a result of UV radiation exposure. 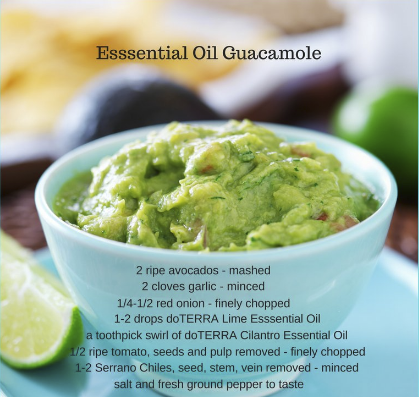